skip to main | skip to sidebar

this mix is part 2 of my 80 minute promo cd that I've been giving out. the first 47 minutes was focusing more into the nu-funk sounds of low to mid speed tempos, the straight up funky stuff I play in the the smaller venues and lounges. you can check it here: http://skankhontomixes.blogspot.com/2010/02/skank-honto-its-nu-funk-thang.html

this portion here is 33 minutes of some of my favourite big room breaks tunes I've been caning in the clubs, including one of my own tunes and re-rubs as well. expect big bass, electro sounds, and crisp breakbeats. 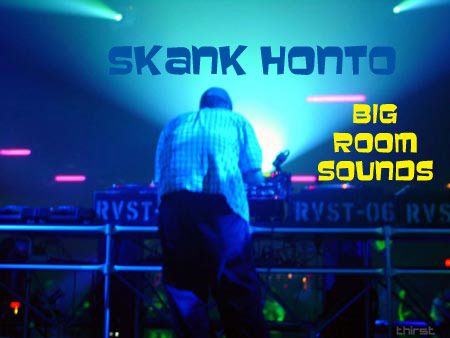 Skank Honto - It's a Nu-Funk Thang

there is some big things going on in the world of funky music.
a lot of great new labels and producers coming out with some great music coming out on both sides of the strictly vinyl and strictly digital side of things, be it originals or remixes and mashups of classics.
so here is 18 tracks thrown down in 47 minutes on two Technics 1200's and a Pioneer CDJ-1000 that showcase some of the names who are bringing some freshness to the funk, aka Nu-Funk. 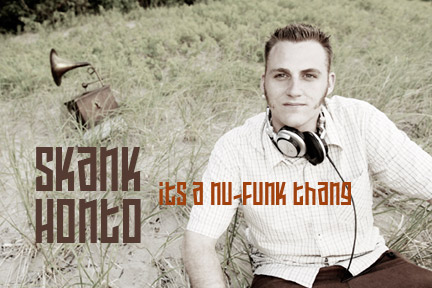 party rocking funky beats and breaks. don't skip this one.
.
the previous summer I was running a series of monthly events in London called TGIFunky!
months after the events ended I still had a couple piles of records which
never found their way back to their original places in the crates.
rather than just sort them, I decided to throw together a mix of the tunes that
would have been played, and a couple newer ones picked up since then as well.

I'd like to think this set does capture the essence of the events in the sense that it has
some groove that works through some peaks and valleys in energy but comes off really
organic and fun in the end, while being delivered 100% through vinyl. thrown down on a couple tech 12's and a CDJ1000 a few months back.
no cd covers or fancy imagery, just some straight up energetic beats with a theme of robots, electro, basslines, a bit of brouse, and even a couple guitars.

Skank Honto - Who Spiked The Funk?

this mix focuses on the more nu-skool funky breaks ish, mixing funk and electro influences with dirty breakbeats and basslines. 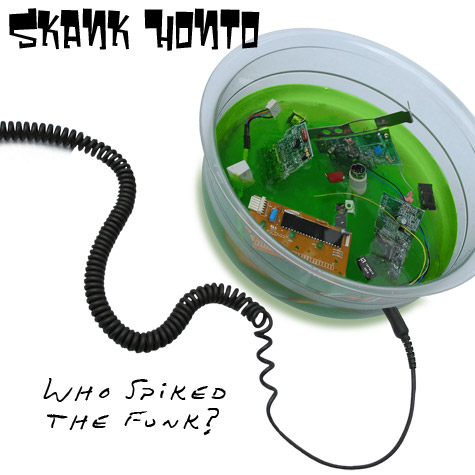 Skank Honto - Who Spiked The Funk?
recorded May 2007, running time just under 61 minutes

this is somewhat of a concept mix for us, as we wanted to make a mix for the chilled out listening environment.
after some crate digging to pull together a collection of recent tunes, older gems, and all around beautiful pieces of music, we resulted with 19 tunes and an accapella thrown into just under 80 minutes of chilled out, chinstroking beats. 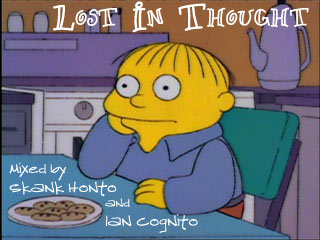 this mix was recorded Saturday June 3rd when I played on a radio show here in town on the FM dial as well as broadcast through a few sites online, and seeing as the archive downloads end today, thought I would upload it myself for those who missed it, and also a better quality version (192k) as now its on my own bandwidth.

this set is 75 minutes of breaks, with a ton of funky flavours,
lots of current releases, and even a couple moodier tunes in around the mid point thrown in for good measure.

Skank Honto - Bringin' You The Sound!


tracklisting: mixed on the fly and for the masses.

123 minutes of stuff to comment on, so feedback is very much encouraged.
enjoy!
Posted by Skank Honto at 6:30 PM 1 comment:

Skank Honto - Get Down To This!

it's got a handful of Canadian content, and lays down into the funk as well as some hard hitting, high energy type ish.

Skank Honto ~ Get Down to This
recorded November 27th, 2004 - elapsed time 78 minutes
right click, choose Save As to download.

enjoy, and feedback is always appreciated!
www.skankhonto.com
Posted by Skank Honto at 6:28 PM No comments: 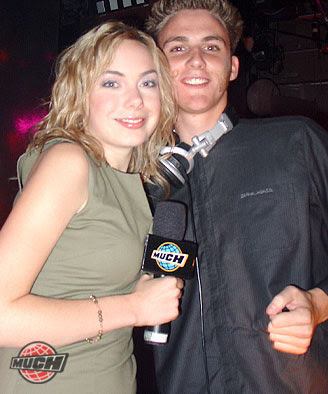